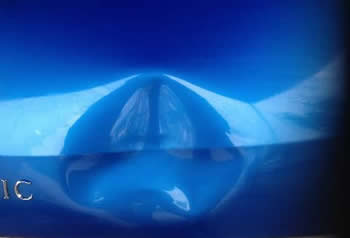 Most of us will have experienced a car parking dent, either caused by ourselves, or worse by others.

Parking dents tend to be low speed impacts & cause relatively shallow dents. However parking dents can often cause creasing & twisting of the metal which itself can lead to a more complicated dent removal process.

One of the common reasons for 'self inflicted' parking dents is reversing into unseen objects such as low bollards etc.

Being a low speed impact & even if creased, the vast majority of parking dents can be removed with very little if any trace of the dent. 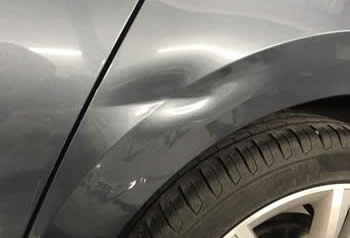 The dreaded supermarket shopping trolley, we have all seen them wobbling across car parts with what looks like a mind of their own. Then, like magnets they collide with parked cars.

Due to teh small impact area, shopping trolley dents tend to be sharp & sometimes quite deep.

When you have a sharp deep dent it means that the metal has been stretched more than it would have been in a larger shallow dent.

A dentmaster's skill lies in massaging the metal within the dent back into its original shape. The more the metal is stretched, the more work the dentmaster has to do. Even a small sharp dent can take longer to remove compared with a larger shallow dent. 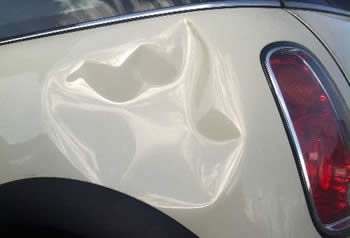 One of the most annoying forms of car body damage is vandalism, walking to your car & seeing that someone has kicked it, walked over the top of it, even just sitting on a car bonnet can cause massive deformation/dents.

Car dents caused by vandalism tend to be large, being caused by kicking & weight deformation. While large dents can be easier to remove than small sharp/creased dents, it's important to understand that every dent is unique & subject to varying degrees of sharpness and creasing.

While such damage/dents appear severe, I can remove them & return the body panel to its original shape. 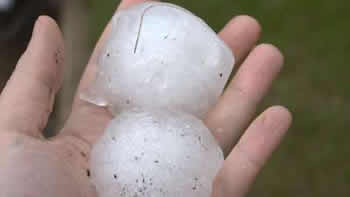 While once rare, dents caused by hail are becoming more common in the UK as our climate changes.

As you can imagine, hail damage tends to be made up of many small shallow dents.

The panels most effected tend to be: roof, bonnet & boot lids.

I have a range of specialist tools & techniques for removing dents caused by hail. While each individual dent tends to be of a simple type, it's the quantity & over how many panels that will dictate the repair cost. 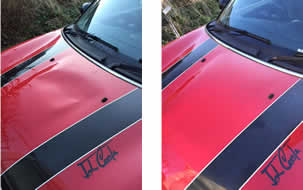